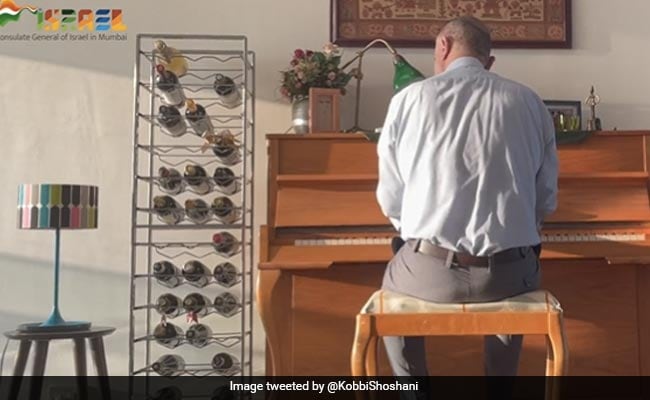 Today, India is celebrating its 74th Republic Day this year. The country witnessed the Republic Day celebration this year with zeal, enthusiasm, and patriotic fervor. The national capital witnessed a spectacular presentation of discipline and grit as Army contingents and other personnel marched on the Kartavya Path. Abdel Fattah El-Sisi, the President of Egypt, was the chief guest for the parade on January 26.

Several national leaders wished India well on this auspicious day. The Consul General of Israel to Midwest India, Kobbi Shoshani, took to Twitter to wish Indians on this occasion in a musical way.

The Israeli diplomat uploaded a video of himself playing the piano while he was performing the Indian National Anthem, “Jana Gana Mana.”

It received a lot of online attention, as was to be expected. Users of social media praised the lovely performance and thanked him for his thoughtful action.

In respect to 🇮🇳, I tried my best to play India’s beautiful anthem, “Jana Gana Mana”.

“In respect to , I tried my best to play India’s beautiful anthem, “Jana Gana Mana”. Happy Republic Day,” he wrote as a caption with the video.

The video has received more than 2,00,000 views and more than 7,000 likes on Twitter. David Saranga, the Director of the Digital Diplomacy Bureau at the Israeli Ministry of Foreign Affairs, also liked and commented on the video.

“I really appreciate your efforts, sir. When the hearts and minds of two nations meet, the senior leaders don’t have to say anything; their actions tell a story of love,” commented a user.

Featured Video Of The Day