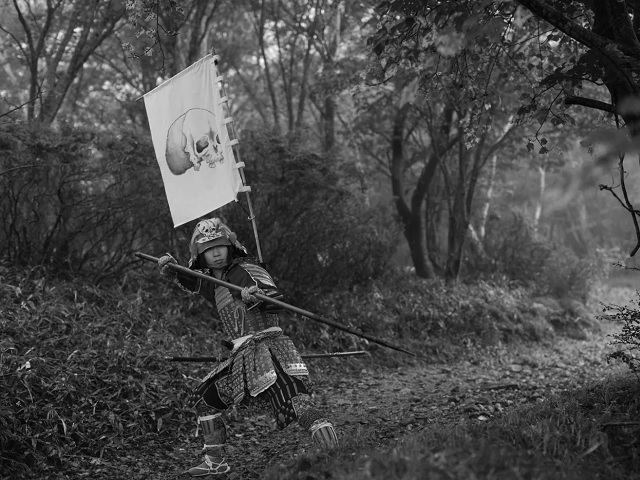 Commenters surprised to learn that the city keeps a melee weapon on hand.

Once upon a time, in the mountains of Kanagawa Prefecturea wild boar came down from the forest into the town of Hadano. The creature began to run amuck, charging at the townspeople and causing injuries. Attempts to subdue the beast were unsuccessful, until eventually one man, who had pledged to protect the town, slew the boar with his spear.

And oh, the time upon which this incident happened was just a few days ago.

On Thursday morning, a male boar appeared at one of the entrances to the Aeon Hadano shopping center, where it charged at an 83-year-old woman who suffered injuries to her head from falling to the ground as she tried to dodge the attack. The boar then made its way about 200 meters (656 feet) down the street, where it attacked a man in his 30s, leaving him with wounds to his left leg.

The boar was next seen running around the athletic field of Suehiro Elementary School, roughly 400 meters away from the shopping center. It was still there when city animal control employees arrived on the scene, and they first attempted to incapacitate the boar using a prod that delivers electric shocks. This had little effect, though, as the boar, estimated at 120 centimeters (47.2 inches) long and 80 kilograms (176 pounds) in weight, brushed the apparatus back and charged multiple times at the animal control staff. It was then that Masahiro Iwata, deputy chief of Hadano’s Agricultural Promotion Division, stabbed the boar with a spear with a 150-centimeter shaft and 24-centimeter bladed head, killing it.

▼ Iwata displays both the two-pronged electric prod and the spear that were used.

▼ The spearhead appears to be matagi nagasa, a type of traditional hunting knife originally used in Japan’s northeastern Tohoku region for hunting large game such as bears, attached to a pole.

Luckily, the school’s children were all inside at the time, sparing them both from the risk of injury and the trauma of seeing a wild animal being killed with a melee weapon. Boars and other potentially dangerous wildlife being put down in the interest of protecting human residents isn’t unusual in Japan, but animal control/hunters usually use rifles, not spears, and online commenters were surprised to see that the Hadano apparently keeps such old- school weaponry on hand.

“Never would have thought there’s a modern-day city with its own spear, or that they’d actually end up using it.”
“So they have a city employee who can kill a boar with a spear. Is he a samurai?”
“Guy is like an RPG protagonist.”
“Apparently there are warriors mixed in with the city officials.”
“Whoa, Hadano is hardcore.”

The city hasn’t issued any statement about why a spear was used instead of a rifle, but the incident taking place on school grounds, and a subsequent desire to eliminate any chance of a stray shot hitting a building with children inside, may have been a factor.

The boar’s body was transported to a local facility that specializes in the cleaning of wild game, and its meat will be supplied to nearby restaurants. It’s too bad, though, that the city and the animal couldn’t have just talked things out, though, like the police officer and wild boar did in Nagoya recently.

Japan vs. Costa Rica, Belgium vs. Morocco, Germany vs. Spain, Croatia vs. Canada

Is Germany looking at a must-win game over Spain on Sunday? One of the best… Read More »Japan vs. Costa Rica, Belgium vs. Morocco, Germany vs. Spain, Croatia vs. Canada